EOS is about to release its mainnet this week after a year of anticipation and a $4 billion+ raise. It is the first of many new smart contract platforms that will launch in the next 12 months. Second generation smart contract platforms such as Tezos, Cardano and Dfinity, have all raised a staggering amount of money, more than $5 billion combined. These chains are all in a race to become the biggest network and to do that, they need to beat Ethereum. This post will look at how far ahead Ethereum is, how these new cash-rich platforms can catch up and how investors can make decisions on who will win the upcoming platform war.

Before discussing how to win the platform war, it’s useful to look at a snapshot of the current Ethereum ecosystem and its lead. Consensys released a report that highlighted its current scale.

Some key points from the report include:

So basically, every recognized DApp is built on Ethereum.

If we look at the development side, one development framework for Ethereum , Truffle, is sitting at nearly 550,000 downloads. Github lists 14,000 repositories and 220,000 commits concerning Ethereum. Most impressively, the Ethereum developer community is estimated at 250,000 people.

This is a significant lead and one that has been built up over the last three years. Consensys is the central nervous system of the Ethereum ecosystem. The Consensys mesh has been broken into three arms, Core Components (i.e. infrastructure and developer tools), Services (i.e. company support services) and Applications (i.e. new companies). It has over 1000 people working on 50+ projects globally, all targeted at expanding the use case of Ethereum.

There will be a smart contract platform war over the next 12-24 months as projects fight for adoption. Winning this war will take a well-targeted go-to-market strategy. As a platform foundation, the first step in such a strategy is determining how your platform is superior to others. Most respected analysts are expecting 2-5 platforms to emerge as winners, and I tend to agree with them, as the number of unique characteristics needed by platforms are limited. This means that platforms must focus on building an ecosystem of projects that are well suited to these strengths. Play to your strengths!

For example, EOS is seen as platform grade resistant, not censorship grade resistant i.e. EOS is immutable if a platform, like Facebook or Google, tries to attack it, but not if sovereign entities, like a government, attack it. Thus, EOS would not be good at the wealth storage application (e.g. digital gold/Bitcoin), but would suit most DApps. More specifically, its low latency would suit DApps requiring large volumes of data to be written on-chain quickly (e.g. a decentralized social network). Tezos is a self-amending Ledger whose consensus mechanism should prevent forks. This should suit any project which emphasizes governance, i.e. a decentralized organization. 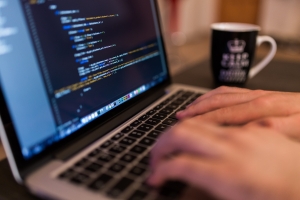 Once the foundation has decided on the best types of DApps, it should start to seed these areas aggressively. This should be done by creating a three-pillared ecosystem acceleration structure, in a similar vein to Consensys. The pillars should focus on: Core and Developer Infrastructure, DApp Development, and Outreach. A note, that the main difference to Consensys is that there is no services arm. This is because I believe that a vast number of firms that service DApps already exist and will help another platform if they can receive training and have clients. I do not feel that a foundation will help by centralizing these roles. In fact, centralized services may cause people to become disillusioned with the platform if they cannot compete with the preferred centralized provider.

The last question is how to convert one resource (money) into a successful ecosystem of users, companies, developers and more money. These four aspects create strong network effects as they improve the quality of the ecosystem through positive feedback loops (more users, means more money, means more companies, means more developers, etc). I am going to show how to convert money into such an ecosystem by using EOS as an example. Although the amount of money involved is staggering, I still believe that the EOS foundation (in this case Block.one) should spend between 25%-50% of its total raise on the ecosystem acceleration structure. For reference, I am assuming that the EOS team spends its committed $1 billion on Core and Developer Infrastructure, DApp Development and Conversions, a subsection of Outreach. I have excluded the other section of Outreach, marketing and education, as, although valuable, I believe these elements are well understood.

An ecosystem needs core applications to make it usable. The second generation blockchains must aggressively fund teams that build core infrastructure in order to meet this need.

The EOS team (i.e. Block.one) should fund an incubator. The incubator should focus on projects best suited for the EOS platform. As discussed above, EOS is a more centralized, higher throughput platform best suited for projects such as gaming or decentralized social networks. Not surprisingly, EOS and Steem have the same founder. The incubator program should be set up in multiple global cities (I suggest five or more) over multiple years to create a sustainable and diverse multilingual community. It should host hackathons, have open hot desks and partner with local universities. The EOS community should be nurtured around these incubators. A fraction of the funds should be spent on the actual buildings, rather, the majority should be spent on funding exciting teams and projects. A $100 million incubator with a funnel model could fund 350 projects – assuming $70 million toward investments, with all projects getting $100,000 seed and 10% of the projects getting $1 million of follow-on funding. One can easily see the global impact that this program would have. It would become the ‘Y-Combinator of blockchain’. In comparison, Consensys (the most prolific builder of DApps), has ±50 projects in its mesh. Furthermore, this program would help lure some of the 250,000 Ethereum developers into the EOS ecosystem.

If done correctly, the incubator would generate additional money for Block.one. Although, it shouldn’t be measured strictly on ROI, but rather ROI and impact. i.e. how many developers it has attracted to the ecosystem.

The Accelerator fund would further supplement the incubator, but launch 6-12 months afterward. It could invest in the most promising token projects, as well as projects from the incubator. This fund should have a pure ROI mandate, but be restricted to investing in EOS-based projects only. As the fund is large (up to $200 million), it should invest in multiple cities and multiple EOS ecosystems. 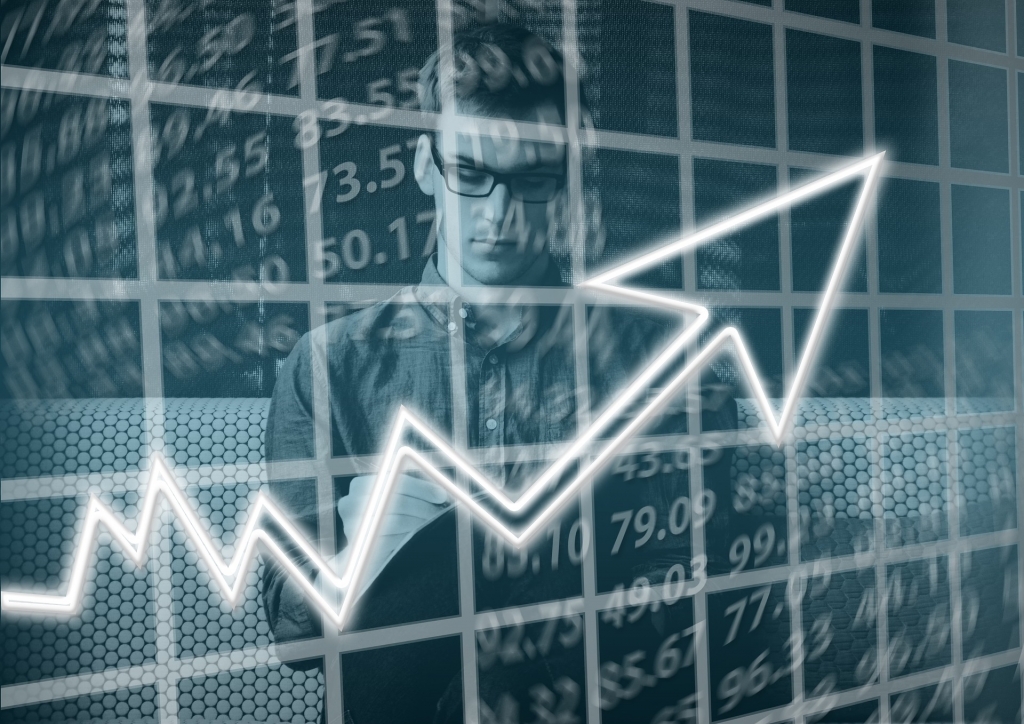 The venture fund should be launched 12-24 months after the incubator. It would be a large fund that would invest in long-term projects. The fund must be run by a team that believes in the investment potential of DApps. I believe that this fund should not be managed by a crypto-hedge fund, but rather a venture-capital-focused team, with a longer investment horizon and a strong understanding of token economies. I believe that application protocol investment is akin to more traditional VC investment and thus, liquidity shouldn’t be exploited and trading should be minimized. There are hundreds of hedge funds with an investment timeframe of 1 year or less that would not be suitable. The aim of this fund should be to invest in applications that are built on EOS and aim to bring it to mainstream adoption i.e. prioritize applications which increase the number of users using the platform. Again, this fund should be limited to only applications being built on top of EOS.

The conversion fund would actively pursue already developed projects to switch to EOS. This fund would specifically focus on projects which suit EOS better than their current blockchain. For example, Cryptokitties would be better suited to EOS than Ethereum, as would Kin because these applications require a platform with high transactional throughput and a low security environment, thus they only need platform grade resistance. The key for this investment fund would be to create a framework which measures the compatibility of projects with EOS and applies it to applicants. The framework should prioritize projects which can convert quickly and are market-ready. This will drive quick EOS adoption and start driving positive feedback effects.

This would provide grants for community improvement initiatives, such as developers who produce different token protocol improvements, e.g. an ERC-20 or ERC-721 (for digital collectibles) equivalent. There are other improvements that the grant fund can focus on, for example, blockchains need many user-friendly improvements before mainstream adoption. ENS (Ethereum’s DNS) is clunky and difficult to use and a team which creates a good decentralized DNS should be rewarded with a grant.

A reserve to target other avenues of active ecosystem growth.

Smart contract platforms are going to be locked in an adoption arms race soon and many do not have public plans for the upcoming race. As an investor in them, this is a big concern.

EOS is starting to reveal its go-to-market strategy. Although it is similar to the above strategy in terms of venture fund section, Block.one still haven’t prioritized incubation of projects or core infrastructure developments. So far, the $50 million, $100 million, $200 million and $325 million funds are for later stage projects. None of these projects are for the critical core infrastructure that will be needed by teams building on EOS.

Overall, I believe the winning platform will be one that has a well executed, aggressive adoption plan such as the one above. Although the plan above is EOS-focused, it shows that aggressively developing an ecosystem can drive network effects, which in turn, will make the difference between success and failure for these smart contract platforms.

Disclaimer: I own a tiny amount of different smart contract tokens, including EOS tokens.