It has been said that Token Curated Registries (TCRs) could become the lists of the future. The topic is becoming increasingly popular, and it’s no wonder – we love lists. Top restaurants, top universities, the best cars – we are inherently drawn to online lists to make various decisions. Why is this so? It’s because in this day and age, we are bombarded with so much information that attention is increasingly rare and in an ‘attention-based’ economy, we use curation through lists to help make our decisions.

In this article, I’ll unpack exactly what a TCR is, some of their advantages and pitfalls as well as discussing whether they would actually work in the real world.

Exactly what is a TCR?

In its most primitive form, a TCR is an unordered list of entities or objects that is curated through a decentralized governance process. In other words, it’s a list where membership is managed democratically, as opposed to through a central authority.

The list is managed through a native token that intends to reflect the list’s value to the public, and is used by Token Holders to vote on entry, and exit, to the list. The underlying premise of a TCR is that since the token’s value is exclusively dependent on the demand for the list, the Token Holders are incentivized to curate the list honestly. 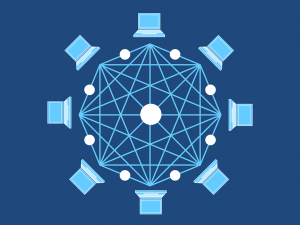 Before we truly dive into TCRs, there are a few terms you need to understand:

Consumers: These are the consumers who want to use the TCR – so consumers that are looking for a top restaurant in San Francisco. Consumers generate demand for the TCR and, by extension, the token underlying the list.

Token Holders: These hold the TCRs native token, which they use to vote on membership of the TCR – they vote on whether a restaurant deserves to be included on the list. Anyone can become a Token Holder by purchasing tokens on an exchange.

Candidates: Candidates are the restaurants looking to be added to the TCR list. Candidates can be broken up into two subcategories:

If the restaurant loses the vote, the challenger is awarded a portion of its minimum deposit and the remainder is distributed to the voters in that bloc (those that voted against the applicant). The restaurant does not gain entry into the TCR and forfeits the minimum deposit it staked.

Existing members can also be challenged through a similar procedure as above. This is an important aspect to TCRs, as it ensures that the list can be as valid as possible – just because a restaurant was good enough to be entered onto the list a year ago, doesn’t mean they’ll remain indefinitely deserving.

A member can voluntarily leave the TCR, and at this point their membership stake will be returned.

Why should you care?

There are many institutions and networks that require some sort of curation for membership, or even different tiers of membership, within the network. TCRs are one proposed way of handling this curation in an apparently fair way.

TCRs can also be applied to a variety of contexts. Collections of TCRs could be used to manage decision-making across multiple dimensions of an organisation, for example. There are a number of articles that propose new constructions predicated on the TCR premise, which shows that they are easily extendable to other applications.

I believe that TCRs, though perhaps not in their current iteration, could become a primitive structure in decentralized design. I also think that they could be common in the near future, in terms of projects proposing them as a governance structure, perhaps in a year or two we’ll see some implementation of them. There are projects that are already incorporating them, such as the Ocean Protocol and district0x, therefore it’s safe to say that they could at some point become a fixture in the blockchain ecosystem.

What are the main advantages?

Typically, lists are curated centrally and therefore are at risk to both bias from the reviewer or curator, and bribery from the entities wishing to be listed. The current alternative – lists that are curated by aggregated views – can obviously also be subject to irrational or constructed reviews.

An extreme example of this type of behaviour came up at the end of last year when a woman in London managed to get her garden shed rated as the top restaurant in London on TripAdvisor – simply by conning the aggregated review system.

So, in theory, TCRs can mitigate this type behaviour – assuming that the system does actually invoke honest curation from Token Holders. Token Holders profit the most (financially) from being rational and honest and so this, ideally, gives us a rational, honest, decentralized system of review.

There are a number of disadvantages of TCRs in their current form, such as, how do you get initial members if your list is just starting out and doesn’t have a reputation? Additionally, how do you distribute initial tokens? All solutions currently proposed, such as pre-selecting members, typically rely on some level of centralization. The latest update of TCRs has addressed the possibility of vote-splitting (which would be an obvious option for those participating in votes) by introducing certain parameters into votes – such as the penalties for the losing bloc. However, another open question is how to mitigate the risk of collusion between list members.

In my opinion, one the biggest potential disadvantages, is that while Token Holders may be incentivized to act honestly – they may not actually be competent or qualified to review the entity. For example, if you’re curating a list of top colleges, the Token Holder may not be qualified to do so. This issue, however, may be mitigated by the wide distribution of Token Holders, but you’re still on some level correlating asset ownership to qualification.

The largest potential issue is that TCR’s can only use financial incentives to ensure rational (and honest) voting from the list members. However, as the list members are known, an applicant could lobby 50% of the list members and compensate them to overcome the financial incentive so that the rational decision for this 50% is now including the new applicant. This opens the list up to manipulation by influential actors. Of course, all decentralized governance models are vulnerable to this to threat, but in a subjective vote, it is difficult to defend.

There is also the risk that once a list has a certain amount of reputation it can be argued that it doesn’t require nearly as much maintenance to sustain it. This could cause Token Holders to begin to reject all applicants for financial gain, compromising the integrity of the list.

Why a TCR works

TCRs can work. Candidates that want to apply to a TCR signal that they have value, and the more popular a TCR is in the eyes of the consumers, the more candidates will apply. This will in turn increase the demand for the token, since candidates need to purchase tokens to stake them. So, Token Holders are actually incentivized to maintain the quality of the TCR, which again increases demand, which then increases the token value. It’s in the Token Holders financial best interest to vote honestly on applicants.

While TCRs clearly have strong advantages, there are still unsolved questions about the actual implementation of them. I do think that TCRs are one of the most promising constructions to appear, but I think that any applications of them may have to be mutated slightly to fit the context of the application, and also to protect the integrity of the list from certain types of behavior.

I believe that as soon as a single use case of them has been implemented successfully, many will follow, especially since they are quite prevalent in upcoming projects which include governance models. It’s a very exciting space, and I’m looking forward to seeing some real use cases in the near future.